Did famous people sleep at the old Josephine Hotel?  You bet they did.  Now that I've had plenty of time to study the old Hotel Guest Registers I can give you an astounding YES to that questions. I've got the proof too. Keep in mind, the Hotel register pages I have only represent a small segment of time that is from the mid-1940s to the mid-1960's.  The hotel was open for 60 years before and some 60 years after my study. Who knows who may have graced the threshold of The Josephine.

As I mentioned in my previous post, there were a few guests who stayed here who were famous or became famous. Several people who stayed here during the period of this study were performers, entertainers, and those who represented the entertainment industry. In this post you'll learn about two such types. One who was becoming famous and the other who represented the entertainment industry.

Let's start with Jack Hayes. See below his signature on the hotel register. Jack Hayes and Party - Then under the residence column he writes Los Angeles California 8417 Beverly Blvd. 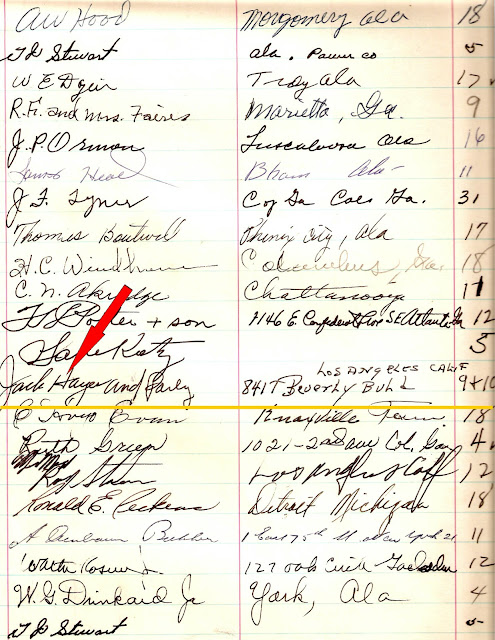 He actually wrote the word Buld instead of Blvd. But that's not exactly a mistake. The building that is there was his office and studio that was located in a multi-story office building on Beverly Blvd. When he was here at the Josephine it was the Commercial Hotel at the time. The date of his stay here was around 1955.  He came with at least two or three in his party because they got two rooms. #9 and #10. Now, just who was Jack Hayes? 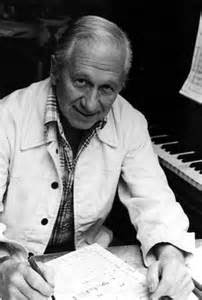 Jack Hayes born February 1919 and died in August 2011. He was a pretty famous orchestrator and composer, who at the time he was here hadn't yet reached the level of fame that was to come. As a composer and orchestrator he worked on over 200 films during his 60 year Hollywood career.

Hayes began his career early in radio writing music for radio programs. Then at the beginning of the1950's he began orchestrating landmark films like "The Magnificent Seven", "To Kill A Mockingbird", "Breakfast At Tiffany's" and many, many more.

He was such a meticulous and highly skilled orchestrator for such top composers as Elmer Bernstein, Henry Mancini, Randy Newman, Quincy Jones, Marvin Hamlisch, and Burt Bacharach.

Hays was Oscar Nominated twice for adapting the musicals "The Unsinkable Molly Brown" in 1964 and for contributing to Jones' score for "The Color Purple" in 1985.

Hays also composed TV scores including such Westerns as "Riverboat", "Wagon Train", "The Virginian" and "Gunsmoke". 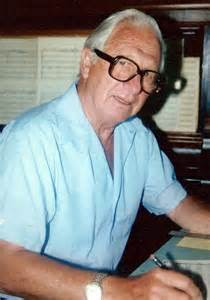 Michael Giacchino employed him as an orchestrator on nearly all of his films starting with the animated Disney film, "The Incredibles". Some of his last credits were, "Star Trek" and "Up".

Jack Hayes died of natural causes in 2011.  He was 92 years old. Like I mentioned before, when Jack Hayes stayed at the hotel he hadn't even begun to reach the pinnacle of his forthcoming success. It is hard to imagine what a future Oscar Nominee might have been doing in Union Springs, Alabama.  It could have had something to do with Bird Dog Trials out at Sedgefield Plantation. He could have just been passing through, who knows. Either way it's exciting to know that he was here.

Now, I will introduce you to the other visitor to the hotel who was here in the mid 1950's. The name was J.C. but I can't make out the last name. He or she was with "American Barn Dance". The name was written in by the hotel desk clerk. Through much of my study of these sheets I noticed that sometimes the clerk would write in the name. You can tell below when you see that the handwriting is the same as the person just above American Barn Dance. 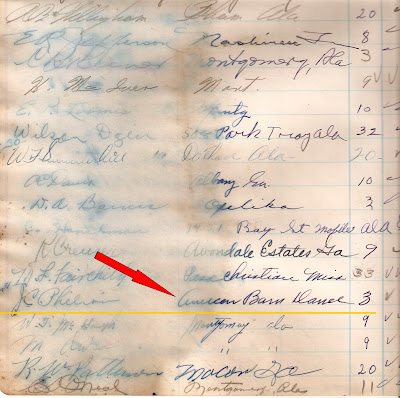 So, what in the world was American Barn Dance? It was a television show that made its debut in 1953. From what I can tell the show changed it's format a couple of times and later in 1955 to 1959 did shows from all over the country. They would take a crew to a location, set up the band, and the staring singer, and the crew, invite a lot of people to come out and dance. The crew would tape it and the studio would edit in that segment along with other segments from other towns and air the completed version on television. 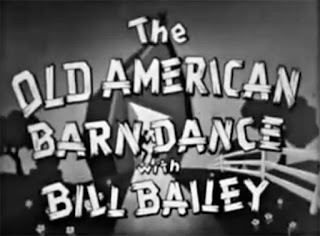 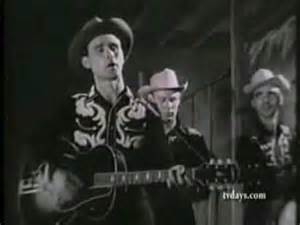 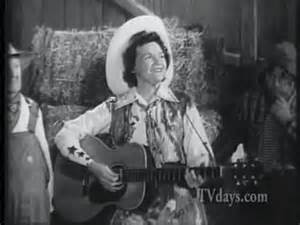 As you can see the backgrounds look similar but different in each segment that aired. So what this "J.C." was doing here may have been as a scout sent to look for a location to set up the show. When a suitable location is found they send for the crew to come set up. Advertising goes out, excitement builds, people dance, a dog barks, and it a real wing ding of a time.

Did they actually come? Did the folks of Union Springs get to two-step their way on to the television? I can't answer that because it was a little before my time. But perhaps some of my readers may know. It would be great to find out. What I do know is that they were certainly staying at the hotel. And that is something.

Now, as I mentioned in an earlier post, I must end this post here. I have so much new material that I don't want to make the blog posts too long. I promise, it will be worth the wait to see who else visited Union Springs and the hotel. So stay tuned.

Posted by Unknown at 6:34 PM
Email ThisBlogThis!Share to TwitterShare to FacebookShare to Pinterest