The Day The Red Heads Came To Town

This post could be in the running for my all time favorite. Wait, I know that I've said that about a half-dozen times, but this could rank up there among the best.  So, the blog title says, "The Day The Red Heads Came To Town." That doesn't mean a we had bunch of Lucille Ball wannabes roll into town, or rampaging redheaded step-children ringing doorbells and running away. Nothing like that.

I was perusing through the old Hotel Guest Registration sheets when I saw the word, "Red Heads" in quotations.  I suspected this had to be a big deal...and it was.

Below: These were the Red Heads. 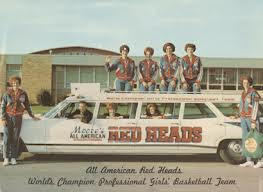 Now, to you and me in the year of 2016, we're thinking, what? Who the heck are the Red Heads? Back in the day this was


They were The All American Red Heads, Women's Professional Basketball Team. They toured and performed professionally all over the country from 1936 to 1986.


Below: This is who signed in at the Commercial Hotel, aka The Josephine Hotel. They were here around mid February, around the early to mid 1950's. 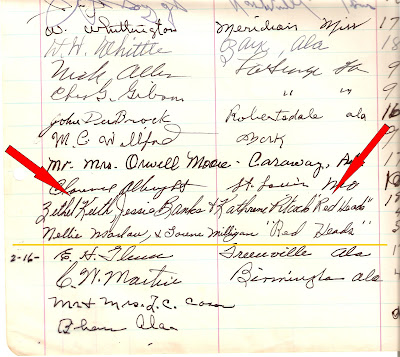 To give you some idea of how big of a deal The Red Heads were, They were the female equivalent of the all-male Harlem Globetrotters. Like the Globetrotters, they were stellar at the game of basketball but also delightfully pleasing entertainers. 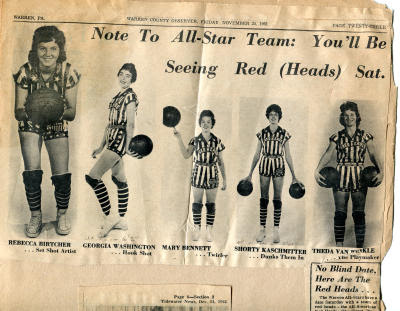 Some of us who grew up in the 70's remember the Globetrotters and especially the star players such as: "Meadowlark Lemon" and "Curly Neal." They were huge. Take a look back at that hotel register. See the names Zethel Keith, Jessie Banks, Katherine Pitcock.  They were the mega stars of The Red Heads. These particular woman were the equivalent to Meadowlark Lemon and Curly Neal.

Below: Jessie Banks is the top right, Katherine Pitcock is to her left. And I believe Zethel Keith is at the bottom left. Sorry, the bottom is cut off in this promotional poster. 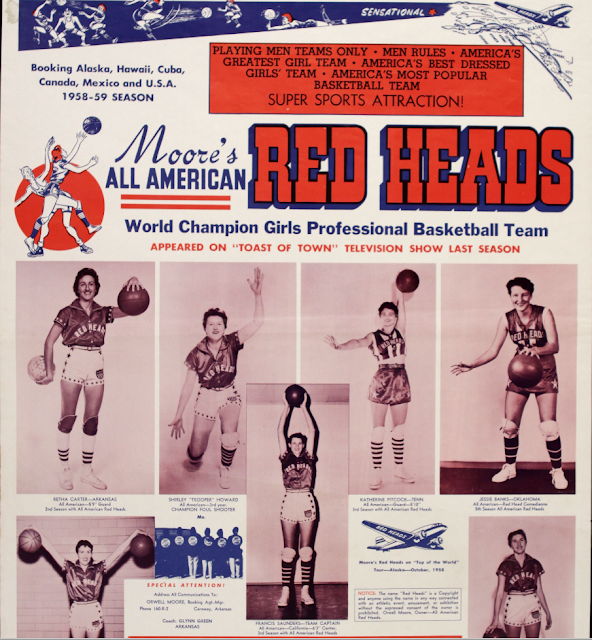 Here's how it got started. In 1936 C. M. Olsen recruited and hired seven female players who had all played on various basketball teams that were part of the American Athletic Union.  The women were great players, one of them was 6-feet tall, and two of the seven women had red hair. (After the first few years, Olson or team members must have turned to dye or henna treatments as later descriptions of the team report them all as red heads.) They were also reported to be attractive.

The game the Red Heads played was according to the rules of men's basketball.  Their competition was always a local men's team. Like the flyer above said, "Always playing Men and Always Men's rules." This was a real exciting attraction. 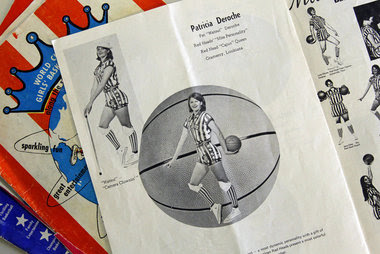 The first year the team played 133 games in six months, traveling to nearly 30 states. After that the requests poured in, and Olson established a schedule where he would book the team for six solid months and then they would have time off until the following season. 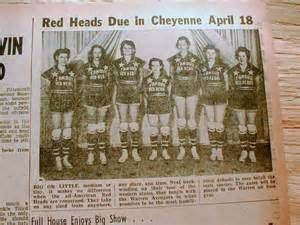 The All American Red Heads traveled cross-country, playing to packed houses almost every night; occasionally they played double-headers.  A reporter for Life magazine (4/1939) writes that audiences paid 25-40 cents to come to the games to "see female muscle seriously pitted against male muscle." The Life reporter described their "circus like shooting" and "rough style."

Below: The Red Heads show off their dribbling skills. 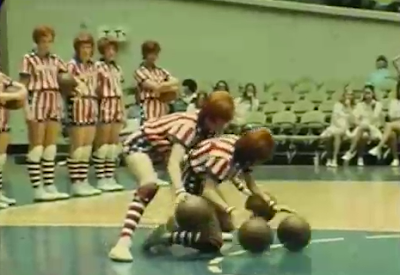 Over time, the women perfected a system. They would try to start the game strong and get ahead; then they would ease off and do more fancy dribbling and trick shots.  This was accompanied by a good amount of flirting with the opposing team, with the referees, and with the audience. Toward the end of the game, they would reapply pressure with the intents of bringing in the win. The system was entertaining and very successful.  They won more games than they lost with a 70 percent win rate for most years.

Off court, the women who signed on to play for the Red Heads also agreed to a strict behavior policy. Olsen knew that impeccable behavior in public-- including no smoking or drinking-- was vital to their image. 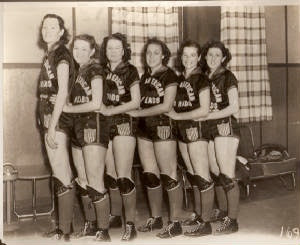 The popularity of the team grew exponentially.  In 1948, Olsen sold the team to Orwell Moore, a basketball coach whose wife played for the Red Heads for a time. Moore hired a second team of Red Heads to travel; by 1964 until 1971 he had three teams touring during the season.

Below: A "Red Heads" uniform. There were many different versions over the years. This is just one example. 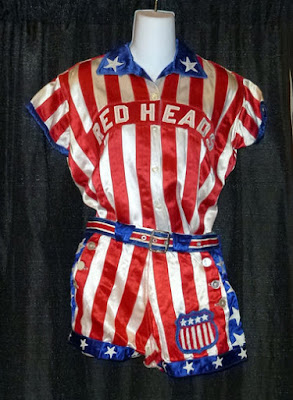 From old photographs, the first uniforms were navy-- very short and short-sleeved shirts. Later a freelancer for the New York Times wrote a reminiscence of when he was in the Army and played against Red Heads I the mid-1950's. He describes their uniforms as "skating-style skirts" that were very short, midriff blouses, knee highs, and red sneakers.

Below: Another example of uniforms worn by The Red Heads. 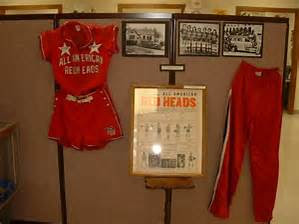 The fact that the Red Heads played the men's game with the men's rules makes them even more remarkable. John Molina says it best: The Red Heads dribbled, juggled, danced and laughed their way into the hearts of audiences."

Well there you have it. The day the Red Heads came to town. Pretty exciting, huh? Actually, I would have loved to see them perform.  I can't think of a place where this game would have taken place in Union Springs. Then again, I didn't grow up here. I know that over the years many buildings have been torn down and this game could have taken place almost anywhere, even one of the local school gymnasiums.

What a delight to know that yes, to Union Springs they came. Celebrities, Athletes, Entertainers, and maybe even a slimy politician or two came right here, to The Josephine Hotel in Union Springs, Alabama. If they came once before, they could come again. Who knows.

This concludes another fun and informative post. I enjoyed both learning and writing about it. In an upcoming post, another famous group of folks who came to Union Springs to entertain who also stayed at the Josephine Hotel.  It will be another must read so stay tuned.


Posted by Unknown at 8:37 PM
Email ThisBlogThis!Share to TwitterShare to FacebookShare to Pinterest